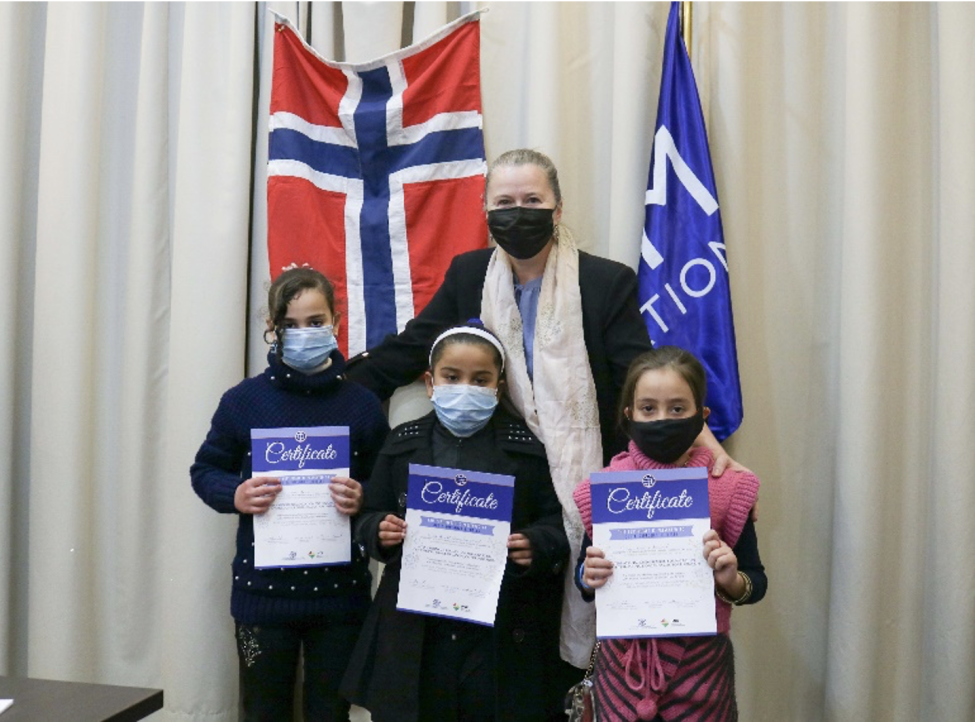 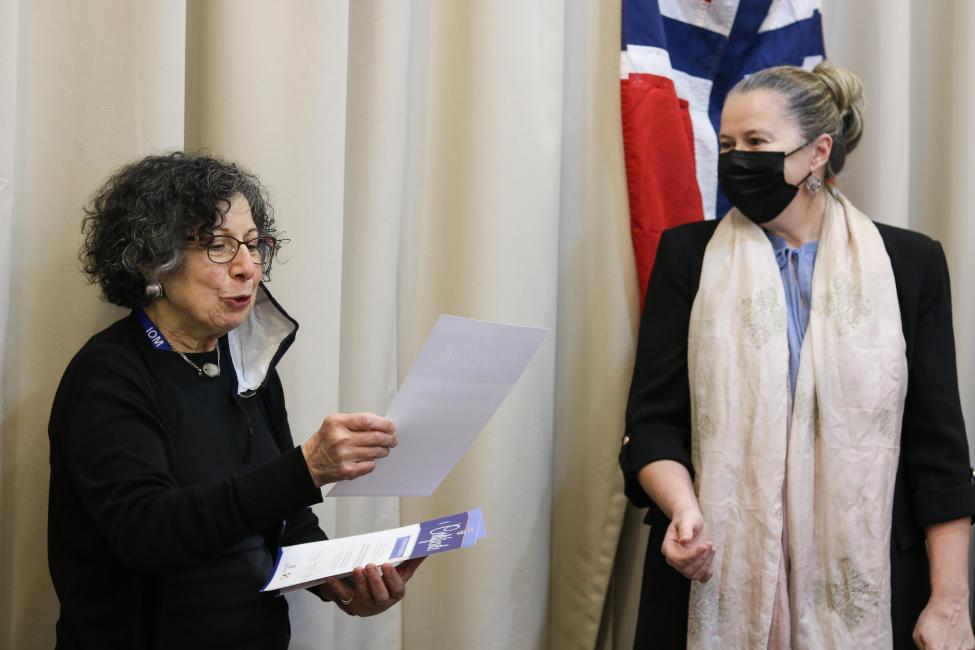 Amman - Starting a life in a new country can be challenging. To make things easier it is important to get familiar with the culture, history and people prior to departure.

Farah, Elin and Sewar are among 216 Syrian refugees who successfully completed five-day IOM Pre-departure Orientation training before they start a new life in Norway. During an interactive training they were provided with accurate information about Norway, prearrival process, assistance upon arrival, housing, educational system and other topics about how life will be like in their new homes.

Children also learned about life and the educational system in Norway according to their age groups. Three-day training was provided for 13-16 years old, and children between 8-12 years enjoyed two-day training.
Cultural orientation trainings are very important IOM component for a well-managed resettlement process. The training contributes to reducing refugees’ concerns and stress as well as it increases the chances of successful integration.

IOM support to MoH in responding to COVID-19